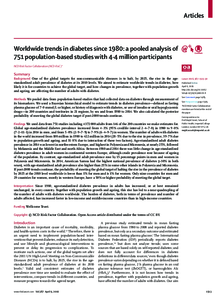 Worldwide trends in diabetes since 1980 : a pooled analysis of 751 population-based studies with 4.4 million participants