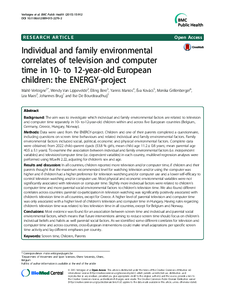 Individual and family environmental correlates of television and computer time in 10-to 12-year-old European children : the ENERGY-project