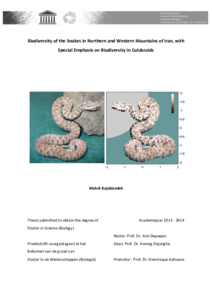 Biodiversity of the snakes in northern and western mountains of Iran, with special emphasis on biodiversity in colubroids